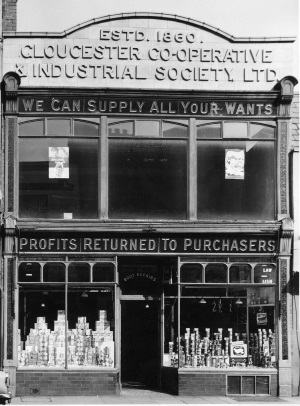 This Archive starts in 1726 with the property being owned by John Mansell of Evesham, a baker selling it to Henry Welsh (otherwise Welch) of Tewkesbury, a maltster for £200.

In May 1737 Henry Welsh mortgaged for £200 - A parcel of meadow [5 acres] in Mythe which he had purchased from William Chapman esq.; Elizabeth Moore spinster and Richard Dowdeswell esq. to Alexander Milburne of Tewkesbury gent [this later was described as having been converted into a Brickworks] but by 1741, Alexander Milburne deceased - the mortgage was transferred to Lawrence Cox of Bredon.

In the Will of Henry Welsh (Welch) proved in 1749, he devised all his property etc to his wife Sarah. Sarah also made a Will in 1758 (proved in January 1760) in which she left 3 messuages in an alley adjoining a house known by the sign of “The Ship and Castle” in High Street – one each to her son Henry Welsh; and daughters Sarah Hurst and Martha Welsh. The occupants of the Messuages were:- Henry Wareing; Thomas Blizard and Joseph Nicholls

In July 1760 Samuel paid Henry his £100 also in July 1760, in place of the £100 to each of his sisters, they accepted a 2000 year lease on a Messuage called “The Sun Garden” in High Street in occupation of John Saunders victualler – this being one of the Messuages devised to him in the Will of Sarah Welsh

To settle his mother's affairs Samuel needs to borrow money so approached Sarah Ashmead, to whom he still owed money borrowed by his father, for a further £200 which Sarah Ashmead agreed to - if the freehold and inheritance could be vested in her Trustee Edward Ransford and so the Indenture was drawn up on 14th / 15th July 1760

In December 1760 Samuel Welsh finds a buyer for the premises in Nutt Kedwards of Tewkesbury, butcher and Joseph Fryzer, bricklayer also purchases part of the property – [possibly Joseph has the Brickworks in the Mythe as only the Messuage in High Street is mentioned from this point] so Sarah Ashmead agrees with Samuel Welsh to convey the Messuage to Nutt Kedwards and her Trustee Edward Ransford assigns the remainder of years to Nutt Kedwards Trustee, Thomas Waldron.

[These documents, currently in Tewkesbury Museum, will be handed to the Gloucester Archive] 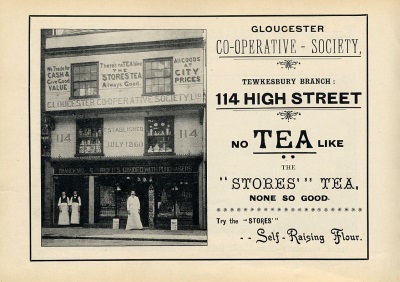 To buy this in December 1760 Nutt Kedwards borrows £195 from Mary Attwood and also signs a bond granting the property to her for 500 years with a proviso of redemption of repayment of the money.

Mary Attwood married the Rev. Henry Jones and In 1782 – George Vernon and Charles Embury, distillers, were renting the Malthouse and because Mary Jones [nee Attwood] had died leaving Sarah Lye her executor a new agreement had to be made with them as tenants to Sarah Lye.

In January 1783 James Kedwards [son of Nutt Kedwards deceased] sells to Thomas Pensam of Forthampton gent for £390 who pays off Mortgage debt to Sarah Lye and she assigns the term of years to Pensam's Trustee, Hopewell Hayward

In December 1805 Thomas Pensam sells The Messuage, Malthouse, Stable and Garden to Henry Welling of Tewkesbury gent - [which is next door to his own house]

By 1815 – Henry Welling cannot pay and Henry Fowke esq and William Moore wine merchant act as Trustees for the creditors of Henry Welling and try to auction the house but the bidding did not cover the debt.

Mary died in 1824; Samuel died and was buried at Pershore

executors – this Will was proved at London on 17th June 1828 by the executors. 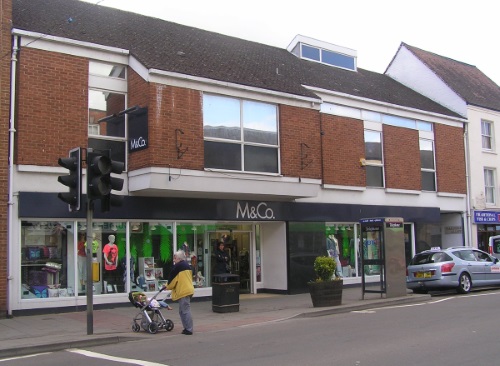