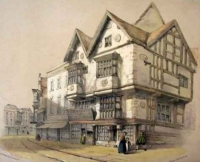 Cross House
Cross HouseClick Image
to Expand
THS formed in 1991 to research and add to our knowledge of the history of the town of Tewkesbury. The Society meets monthly, on the third Thursday, at 7.45pm in the Methodist Church at The Cross. Society Meetings are open to non-members and speakers talk on aspects of history. In addition, THS publish books and an annual Bulletin of Research, to which contributions are invited. Members have the option of accessing online the Society's extensive Woodard Database of Local History data.
Facebook Group
YouTube Channel
Please consider joining the Society. 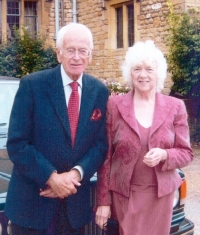 No Caption
Click Image to Expand
We are sad to relay the news that our surviving Joint Life Member, Cliff Day, passed away at Ashchurch View Care Home on 30 June 2022, aged 88.
The funeral will take place at 11.am on Tuesday 19 July 2022 at the Parish Church, Bushley, GL20 6HP and parking is available nearby by the Parish Rooms.
The photograph shows Cliff with his late wife, Margaret, who died in 2019.

Lionel Walrond was the curator of Stroud Museum Gloucestershire UK 1955 to 1990 and during this time took many photographs around Gloucestershire. A searchable collection of many of his images is available on the GlosDocs website  https://glosdocs.org.uk/gsia-walrondl-images/ 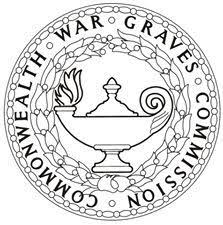 Since 1919 the Commonwealth War Graves Commission has looked after graves of British and Empire war dead. Many of them are abroad near foreign battlefields. However, some lost their lives in the UK and in many cases, their bodies were returned to their home burial grounds. At Tewkesbury it cares for ten graves from the First World War and fifteen from the Second World War; there are also five who died after World War II.
CWGC will offer three more monthly Open Days with John Dixon as guide. The dates are Saturdays meeting at 10.45 at the Swimming Pool Car Park and then 11.00 at the Cholera Memorial in cemetary. The tour lasts about 90 minutes. The dates are: 13 August, 10 September and 8 October.
We shall also discuss the two Cholera outbreaks, why there are two Chapels and 'paupers’ graves'.
Booking in advance is advised using this QR Code on this link or via www.cwgc.org/tours 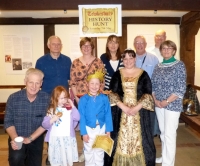 Your committee often asks for ‘younger’ members to join us – Jamie Fraser, then a mother of one primary school age pupil, did so and inspired us into offering a Historical Treasure Hunt for primary school children during May 2016 - Jamie is inevitably the Queen in the photo!

It was very successful – but sadly for us Jamie and her family then returned to the USA.

We have kept in touch with Jamie, and she has joined us when we used Zoom during Covid – an unexpected bonus!

We were delight recently to act as a referee for her application to undertake further University Studies while bringing up her now two young children. 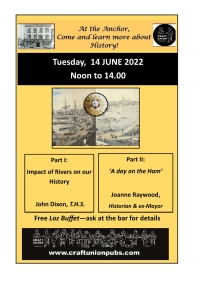 No Caption
Click Image to Expand
Two talks were given at the Anchor pub on Tuesday 14th June. John Dixon gave a talk on the impact of rivers on our history and the former Mayor and our Woodard History winner, Joanne Raywood, gave a talk on 'A Day on the Ham'.
Mention was made of horse racing on the Ham, click on the link for a full account of the Tewkesbury Races. 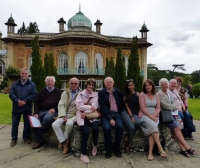 No Caption
Click Image to Expand
On the 9th June, the Society had a very enjoable day out at Sezincote House and Gardens. We plan to have more of these trips in future.

The Mayor of Tewkesbury Town Council, Cllr Simon Raywood is pleased to invite you to a performance of Shakespeare’s Twelfth Night by the Handlebards. The performance will take place at the Watson Hall Tewkesbury on Thursday 7th  July 2022. Doors and bar open from 7pm. This is a charity event and all proceeds will go to the Mayor’s chosen charities with the theme of accessibility. Tickets are £18 per person and children under 10 go FREE!

Please get your tickets here:  https://www.handlebards.com/show/twelfth-night-watson-hall/   We expect this event to sell out so don’t delay! We look forward to welcoming you on the 7th. 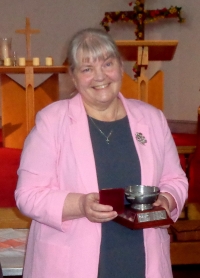 No Caption
Click Image to Expand
The Woodard Award for 2022 has been won by Joanne Raywood for her article Mayor James Blount Lewis and the Missing Portrait (part II). 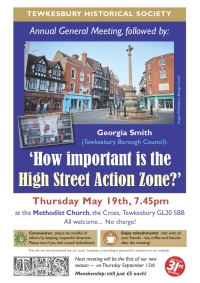 No Caption
Click Image to Expand
the AGM was held at 7.45pm on Thursday 19 May 2022 at the Methodist Church. Following business, there was an informative talk by Georgia Smith of Tewkesbury Borough Council on How Important is the High Street Action Zone? 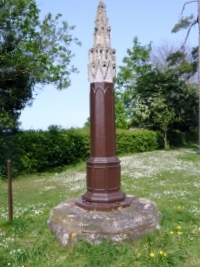 No Caption
Click Image to Expand
Tewkesbury Cemetery contains a number of Commonwealth War Graves from WWI, WWII and later.
John Dixon has been asked to lead a tour to let you know more about these graves.
It starts at 11.00 on Saturday 28 May 2022 meeting at the Cholera Memorial [picture attached] near the entrance and will last about 90 minutes maximum.
All tours are free and booked through Eventbrite and you can book online via the website: www.cwgc.org/tours .
Bookings for tours close two days before the event, on 26 May 2022.
You can park at the Borough Council near the Swimming Pool. 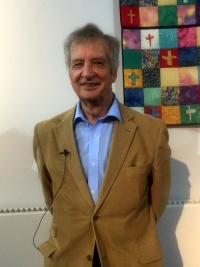 No Caption
Click Image to Expand
On Thursday 21 April 2022, David Pegg, gave an interesting and informative talk on his favourite Anglo-Saxon king, King Edgar.
An attempt was made to video the talk but it failed. We do have a video reconstruction of the introduction to the meeting. 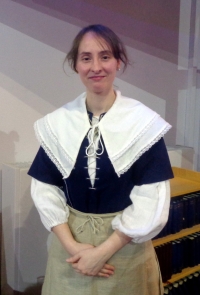 No Caption
Click Image to Expand
On Thursday 24 March 2022, Kirstie Bingham, Education Officer at the John Moore Museum, gave a very informative talk on Tudor and Stuart Education - 'Birch, Beer and Bibles'. Kirstie had kindly stepped in after the Dendrology Speaker had to withdraw: he is rebooked for 16 February 2023.
An attempt was made to video the talk but it failed. We do have a video reconstruction of the introduction to the meeting. 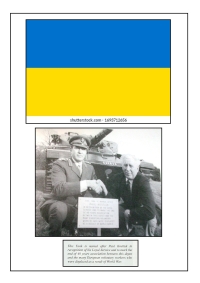 No Caption
Click Image to Expand
We were very pleased when Alan Snarey, aided by his wife Wendy, interviewed Powlo in 2012, and we published an article based on the interview in THS Bulletin 22 (2013). [click here to read]
In February 2022 it is a suitable time to write about a Ukrainian, who lived and worked in our midst for 40 years. I cannot find the actual date, but Powlo died after this interview – he was then aged 86 and had endured a hard – but happy - life, as you can read. He was honoured by having a tank named after him and has worked at Ashchurch Camp.

The society is sad to announce the death of John Pocock who was one of the volunteers that help to maintain and update our Woodard Database. 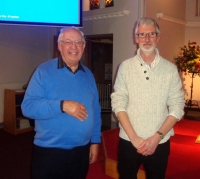 No Caption
Click Image to Expand
On Thursday 17 February 2022, Simon Lawton, Curator of the John Moore Museum, gave a very interesting talk on 'Restoration of Abbey Cottages'.
A video of the talk is now available on our YouTube Channel as is an introduction to the talk and meeting by THS President, John Dixon. 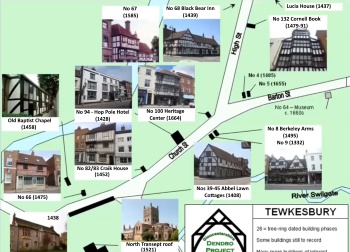 Click to view the new dates
Click to view the new datesClick Image
to Expand
The results are in!  During 2020 prominent Tewkesbury buildings were surveyed and tested for tree ring dates by Dr Andy Moir and his team at the Gloucestershire Dendrochronology Project. A fascinating talk was given on the 13th of March which can viewed on the Friends of Tewkesbury Abbey website. This extremely accurate process can give dates down to the season and since green wood was preferred by medieval builders, we can be fairly sure that the year they were cut down was the year (perhaps the next) when the wood was used to construct the timber frames and roofs.

One of our members, Dr Peter Raggatt, who is a retired NHS Clinical Biochemist at Addenbrookes Hospital and Lecturer in Cambridge University School, was moved to research and write an article about this epidemic with its comparisons with the present pandemic. [see attached PDF above]

It links in with previous research on Cholera in Tewkesbury.

Such was the impact of these two epidemics on the town that a monument was commissioned which now resides in the Cemetery, adjacent to the ‘Cholera Pit’ where many victims received a mass night burial [see attached].

Although John Snow, clean water for the Mythe Waterworks and improved housing conditions have ensured that 1849 was the last appearance of cholera, the brutality which occurred in World War II Japanese POW camps caused the death of several Tewkesbury soldiers of cholera in 1943-44. Here is a biography of one of them, Frederick Key.

Smallpox was another medical curse of the18-19th centuries but by the late 19thC vaccinations were made compulsory and a significant number of people in Tewkesbury became anti-vaccination. For more on this familiar tale, see Martin Holt's award winning article.

History is always so topical!

Cemetery and Burials database for Tewkesbury

Over the years we have collated information from the various burial grounds in the town and now is the time to release a one-stop location for all of them on this site. The new Burials Database in our Research section tries to do this. There is also an accompanying history and guide to finding the resting place of persons buried in the town. There are currently an impressive 18,564 records. For the decades 1841 to 1881 we can also link to the Census Database (not guaranteed they are same people)

We are proud to present two maps on our site using new zoom and pan technology.
We have the 1811 Enclosure Map of Tewkesbury and the huge 1:500 scale map of Tewkesbury created in the 1880s, both full of amazing detail. Use your mouse wheel to zoom and left mouse to drag.

At the February meeting, a talk on 'Restoration of Abbey Cottages' was given. A video of the talk is now available on our YouTube Channel as is an introduction to the talk and videos of earlier talks. 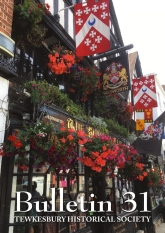 No Caption
Click Image to Expand
Bulletin 31 (2022) is now available for purchase.
Click here for a preview.
Details of How To Buy or go straight to our 'Shop' .

In June, 1721, here was a great flood, so high that the inhabitants were necessitated to use boats in the town. Most of the grass was spoiled, but proved a very good corn harvest.

It is our great talking point but do our impressions agree with statistics?
Each month I will update the Rainfall and Temperature Statistics and offer my
Monthly Reflection on how the statistics underline or undermine our impressions.

WWI death of soldier born in Tewkesbury but whose family left the town permanently.