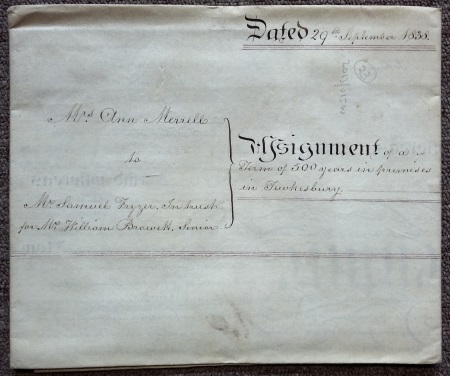 Indenture of dated 29th September 1838 between:-

WHEREAS by Indenture dated 24th August 1811 between:- 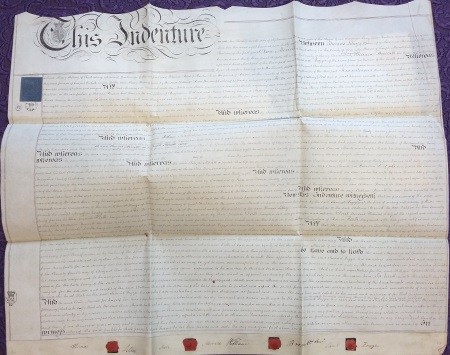 AND WHEREAS the said John Merrell died 11th December 1820 having made his Will dated 17th November 1820 appointing his brother Samuel Merrell; his son Joseph Merrell; and his wife Mary Merrell executors – and said Samuel Merrell and Joseph Merrell alone duly proved Will at Gloucester on 11th August next following [1821] and took on the execution of same.