On Cover:- Mr Thomas Pensam and wife to Henry Welling 18th December 1805 – Lease for a year

have bargained and sold -

ALL THAT MESSUAGE or Tenement together with the malthouse, stable, garden hereditaments and premises thereto adjoining and belonging situate lying and being in Tewkesbury aforesaid in a certain street called High Street heretofore in possession of James Kedwards but now in possession of said Thomas Pensam – having:-

Messuage or Tenement of said Henry welling on North 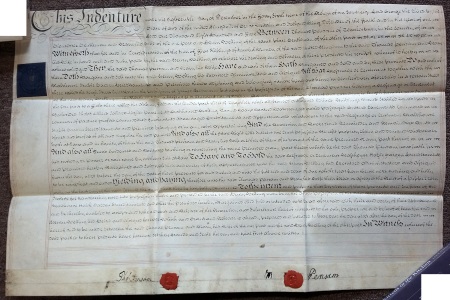 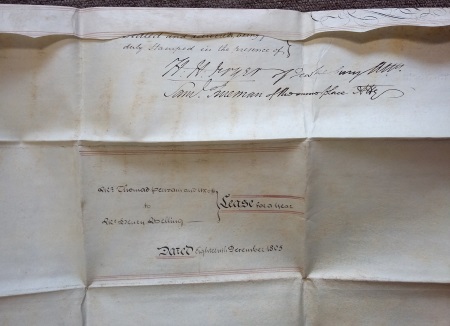