Janet was Secretary of the Society for three stints between 2007 and 2018 but also organised refreshments for our monthly meetings. Her special sense of humour came to the fore whilst offering this important service, as it also enriched our committee meetings. Although Janet had been ill for some time it was difficult to believe the seriousness of it and her untimely death was such a shock. It was fitting that her funeral on 24 January 2020 took place in the Abbey as, for over 30 years, her career was spent in the town at Tewkesbury Borough Council, where she became Human Resources Manager.
Continue Reading...

The Society is sad to announce that our Life Member, Margaret Day, died peacefully at home on Saturday 27 April 2019. Dearly loved wife to Cliff, much loved mother to Paul and Peter and Grandma to Lucy and Amy. Our thoughts are with her family at this difficult time.
John Dixon 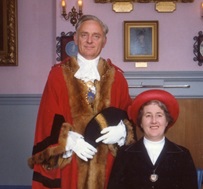 Bill Rennison was a founder member of and Treasurer to THS, author of articles and an invaluable Historical Reference Book.  In his spare time, he was a Scout Commissioner, Mayor of Tewkesbury and voluntary gardener at Bredon Manor.  Much of that was achieved in his fulfilling retirement; all shared and enjoyed by his wife and consort, Ruth.  He was probably the last of the generation of teachers who managed to combine a demanding career with civic service in their “spare time”.
Continue Reading... 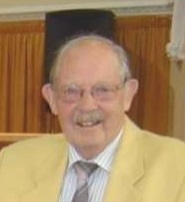 Undeterred, he gradually sank a deep tap root in Tewkesbury and succeeded in business as Personnel Manager at Dowty, Staverton. He must have had an excellent secretary because of his infamous diary management!
Continue reading...
John Dixon

Introduced to us by our late Treasurer, Bill Camp, he was admirably suited to this role since he was Manager of the Midland Bank on the High Street for many years. He was what we would now call an old-fashioned bank manager, in the sense that he had worked his way up the bank’s hierarchy, thus proven to be a man of ability and absolute financial probity. He reminded us of the days when a visit to the bank manager filled one with trepidation!

So it was, when I used to deliver the annual accounts for his inspection. Although he was so impeccably polite and mild-mannered, I was always relieved when our accounts survived his professional scrutiny. For this vital service, he would accept a (good) bottle of red wine.

I was saddened when he felt it was time to rescind this role, but eventually he was replaced successfully. A visit to the auditor is, however, not quite such a daunting occasion now as it was when one visited Mr. Cecil Hallett.
This obituary was published in Bulletin volume 26, 2017 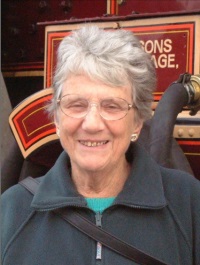 Audrey was not, however, a native of Gloucester but was born in 1928 in Birmingham, where her father worked as a switch-gear fitter in Perry Barr; she spent her early life in Kingstanding.
Continue reading... 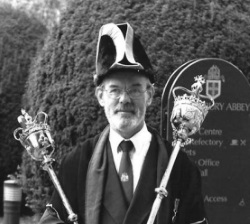 David was a Life Member of the Tewkesbury Historical Society who died after a long battle with Parkinson’s Disease in September 2015. At his funeral, his widow Marion delivered part of the obituary; we felt it only fitting that this be recorded in the Bulletin along with the President’s tribute.
Continue reading... 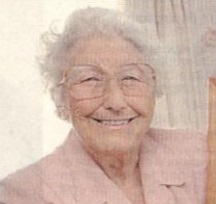 In the early years of Tewkesbury Historical Society, there was always a tingle of anticipation in the autumn as we wondered just what would be the title and content of Miss Day’s annual article for the Bulletin. She wrote regularly from 1992 until her last was published in 2005 when illness prevailed. There is no such anticipation in 2014 as Norah Day died, after a long deterioration in health, at Knightsbridge Lodge Nursing Home on 29 August.

She was one of the first Life Members of the Society – and rightly so, because, long before the Society was conceived, Miss Day had the reputation of being one of the leading local historians. She will always enjoy that reputation because her book, They Used To Live In Tewkesbury, had been published in 1991, the year that THS emerged. It is still in demand today, as it acts as a ‘Bible’ for family historians and also carries the most valuable appendices of facts gleaned from hours of study in the county archives.
Continue Reading...
John Dixon 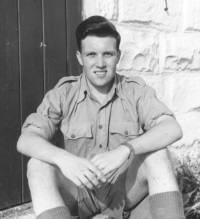 As suggested by his faint accent, Bill was born on 4 April 1936 in Peckham, London. His father a butcher and his mother only died 2003, aged 95. He was evacuated to stay with relatives in Chard, Somerset but only remained for a short time during the “Phoney War”; the rest of the war was spent in London. After the end of the war, he passed the 11+ Scholarship examination and studied at Wilson’s Grammar School, Camberwell: apparently Michael Cane was also a pupil! Hints of his future career came with his joining the A.T.C..

Bill left school at 16, being one of the first cohort to take ‘O’ Levels and became a laboratory technician in a paint factory until, at 18, he joined the R.A.F. as a regular on a 4 year enlistment. He served as a radar technician from 1954 until 1958; firstly, at Yatesbury in Wiltshire for basic training, Hope Cove in Devon and then Locking, near Weston super Mare. Fate took a hand here when he met June Kelland at a dancing class. He left R.A.F. as a Cpl.. and married June in 1958. Two boys followed: David (1960) who is a quantity surveyor and Chris (1963) who is a Civil Servant.
Continue Reading...

Moore, then a Lieutenant Commander in the Fleet Air Arm and a confirmed bachelor of 37, had been asked to conduct her across London to the Savoy chapel. Those were the days leading up to the invasion of Europe that were, no doubt, charged with a not uncommon urgency for emotional commitment in the face of impending danger. He was later to admit that he made up his mind to marry Lucile during that brief journey. On All Fools’ Day the ceremony took place at Caxton Hall, witnessed by Compton Mackenzie and Eric Linklater.
Continue reading...

Bryan Linnell was born in Barton Street, Tewkesbury, in 1932, in one of the alleys he was to write about many years later. In fun, he styled himself an 'alley brat'! He attended Tewkesbury Grammar School when it was located in Church Street, often speaking fondly of his time there. At the age of 16 he enrolled as an apprentice at the RAF College at Cranfield, a prestigious organisation, renowned for high-quality training courses. After completing his training, Bryan served for a total of fifteen years with the R.A.F.
Continue reading... 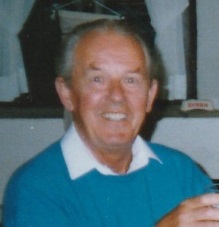 Thomas Cameron Boyle Talbot, ‘Cam’ to family and close friends, a founder member of our Society, died in June 2001, aged 79. He was born in Gorey, Co. Wexford, the son of the Rev. Thomas Talbot and Mrs. Constance Talbot (née Lyster). His father was Archdeacon Talbot, of Ferns, of the Church of Ireland. His mother died when he was young and he was educated at Campbell College, Belfast, and later studied Engineering at Trinity College, Dublin and Queen’s University, Belfast. However, World War II intervened and he left before completing his degree to join the R.A.F., training in electronics. He worked in Radar, serving mainly in the Middle East, especially in Egypt.
Continue reading...

As our founding editor, Colin Wicken was evidently a Historian by instinct and talent but, surprisingly, not by training! He graduated in Modern Languages and, for almost forty years, graced the teaching profession, being sometime Headmaster. During his long career, he was also a Scout Leader for over thirty years and was awarded the Scout Association’s Medal of Merit and Bar.

It was my privilege to meet Colin and his wife Anne after they had made the decision to retire and to live in Tewkesbury. They were very much a team and Anne’s enthusiastic personality did much, in conjunction with Colin, to enable our Society to thrive from its inception in 1991.
Continue reading...

Many members may well not have noticed Bob Woodard at meetings. He was a very self-effacing man, but his quiet contribution to the development of historical research using computers has been, and surely will be, of invaluable service to future generations of local historians.

While unwilling to write learned articles, he passionately wished to share his knowledge with other researchers. It was the help, which he extended to Sixth Formers undertaking Local History research projects, that first allowed me to make his acquaintance. I was introduced to his magnificent database, which seemed to reveal the hidden history of Tewkesbury.
Continue reading...