by Derek Benson and John Dixon

An Obituary adapted by the President from the funeral eulogy written by her husband, Derek 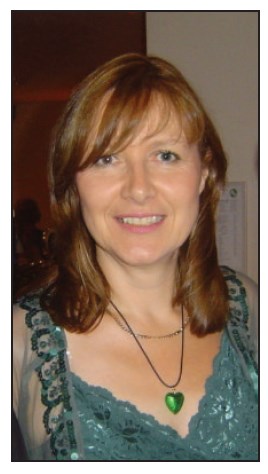 Janet was Secretary of the Society for three stints between 2007 and 2018 but also organised refreshments for our monthly meetings. Her special sense of humour came to the fore whilst offering this important service, as it also enriched our committee meetings. Although Janet had been ill for some time it was difficult to believe the seriousness of it and her untimely death was such a shock.

It was fitting that her funeral on 24 January 2020 took place in the Abbey as, for over 30 years, her career was spent in the town at Tewkesbury Borough Council, where she became Human Resources Manager. Tributes paid to Janet by her colleagues show how well loved and respected she was and what a great contribution she made. The large attendance of work colleagues there bears witness to her popularity. Upon retirement at the end of 2018, in her farewell speech, she emphasised the enjoyment she gained from bringing young people on via the council’s apprenticeship scheme. In her work she took a pride in ensuring fair play and correct procedure, even in the most trying of cases. She also contributed these professional characteristics to the conduct of the Society, moving us forward in ‘safeguarding’ and updating our constitution which will come to fruition this year.

Her role in the Society connected with her interest in her family history: she was proud that a great-great-great grandfather, Frederick Tovey, was an active Chartist in Cheltenham during the 1840s. She and Derek frequented Chartist historical rallies in Newport.

Janet was born on the 10 April 1955 in Cheltenham and her brother David followed two years later. It is so very sad that she pre-deceased her mother, who benefitted so much from her daughter’s care despite all her other commitments before retirement.

Janet attended Rowanfield primary and Arle Comprehensive schools, where she formed part of a very small 6th form. She was one of the few pupils at that time from a Comprehensive School who progressed to university. After passing her ‘A’ levels, she chose to study at the University of East Anglia, graduating in 1977 with a B.A. in Social Studies.

I always found Janet’s career intriguing and, it is only on such occasions, that the jigsaw is complete. After university, Janet worked at several jobs including posts with Worcester County Council, Group Four Security, Eagle Star and Northern Star Insurance companies. In 1987, she met her future husband, Derek, who has been our esteemed ‘webmaster’ for a long time.

She also spent one summer working as a Flight Attendant with Britannia Airways, in line with her family’s interest in flying. She and her brother were taken frequently to Staverton Airport by their father, a keen aircraft enthusiast. Her brother is a commercial pilot and her nephew is in training.

Her work at GCHQ impacted on the Society as Janet was always very keen to persuade the Programme Secretary to include talks on “spies”. Indeed, the Society bade her farewell on 20 February 2020 with the lecture she had requested on “The Second Oldest Profession – the Wonderful Life of a Spy?" It was very appropriate that we had a collection for the Sue Ryder Hospice, which had taken such comforting care of Janet.

She provided me with delicious cakes when I visited, and it was evident that she loved clothes shopping – and we all agree that Janet was so very elegant.

Janet lived with her illness for two years but did not let it dominate her life. She never complained, was never tearful and eased the burden of those around her by her positive attitude. We learned from the eulogy in the Abbey that the words most used in the tributes were “lovely” and “beautiful”. This is how I will always cherish her memory and we are so grateful for the impact her elegance and humour had on the life of the Society.