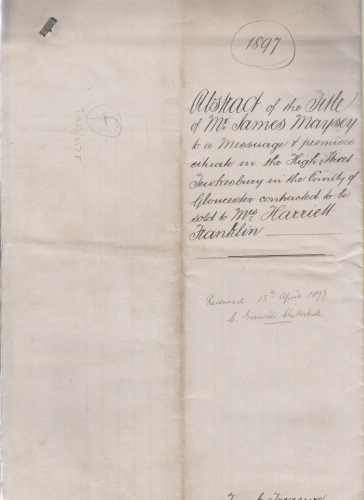 reciting Indenture of 1857 between:-

ALL THAT MESSUAGE, Dwelling House and Shop with outbuildings and piece of land adjoining and belonging to the site in High Street on South East Side formerly in possession of Thomas Davis and then and for many years past of said Charles Dowswell – bounded: on North East by Messuages or Dwelling Houses then late the property or in the occupation of Joseph Smith but then belonging to Charles Denley and in occupation of Charles Crockett.

On the South East by Messuage, Coal Yard and premises formerly in occupation of James Paling and then of William Henry King