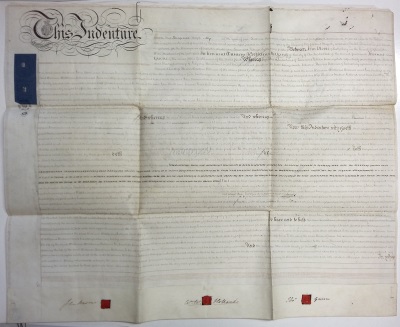 This Indenture dated 26th May 1847 (in pursuance so far as respects the Release hereinafter contained of an Act of Parliament made and passed in the 4th year of the reign of her present Majesty intituled “An Act for rendering a Release as effectual for the Conveyance of Freehold Estates as a Lease and Release by the same parties” and made between:

Whereas by Indenture of lease and release dated 30th and 31st July 1814 made between: 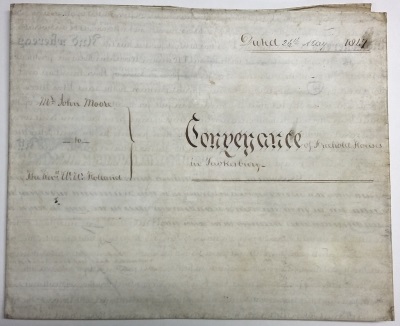 And Whereas said Samuel Jones has lately departed this life

There follows 4 lines of writing which for the most part have been crossed through – some of the words can be deciphered as follows and appear to be referring to property in Hodges Alley which presumably had been sold and therefore did not form part of this Indenture – see note at end.

…. Adjoining and belonging situate and lying and being in a certain alley called Hodges Alley …. Tewkesbury aforesaid and now in the respective occupation …….

Free use and liberty of ingress egress down the alley or passage belonging to the said Messuages or tenements leading to….

To use of William Woollams Holland for his life

Covenant by John Moore that he had not incumbered

Signed and Delivered by the above named John Moore