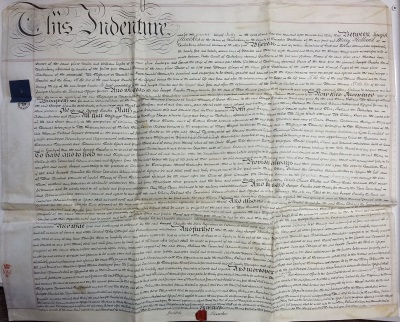 Cover: Mr Joseph Hawkes to Mrs Mary Holland – Mortgage of a Messuage and Hereditaments in Tewkesbury for securing £300 and interest – 4th July 1833

This Indenture dated 4th July 1833 and made between:

Whereas by Indenture of lease and release dated 21st and 22nd December 1831 made between: 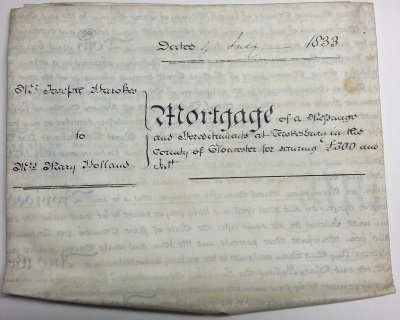 To the use of said Joseph Hawkes for his life

To the use of Joseph Hawkes and his heirs forever

To hold to said Mary Holland for 1000 years

Covenant by Joseph Hawkes to insure against fire