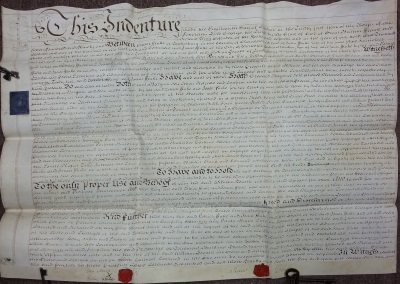 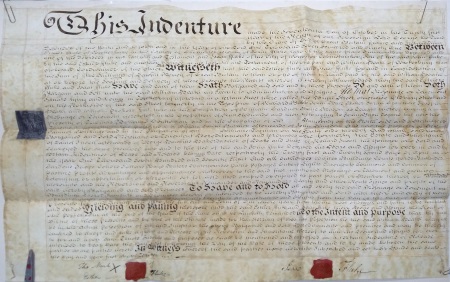 Witness that for £172 paid to Esther Fluke and Isaac Fluke they have granted:-

ALL THAT MESSUAGE in High Street formerly in possession of Richard Bubb; John Peace baker; Sarah Granchew; Joseph Heath; William Probert but now of William Gardiner stonemason as tenant having Messuage heretofore in occupation of Nutt Kedwards then belonging to John Bush esq but now the property of Thomas Woollams gent and in the occupation of Mr [blank] Kingsbury on north – and Messuage formerly in possession of William Smith butcher after of John Kingdon and now the property of Samuel Wilkins and in the occupation of Mr [blank] Williams toyman on south.

To have and to hold to William Heath