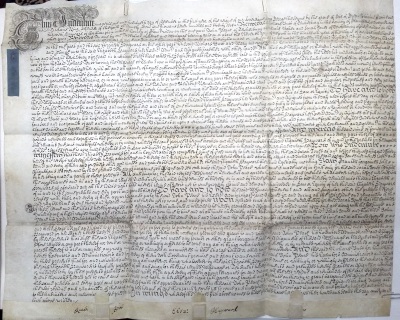 Inside
InsideClick Image
to Expand
On Cover: Assignment to attend the Inheritance – Mrs Hayward and another to J. Peace – 21st December 1727

Indenture dated 21st December 1727 made between:

Whereas by Indenture of Lease and Release and Mortgage dated 11th March 1726 and made between:- 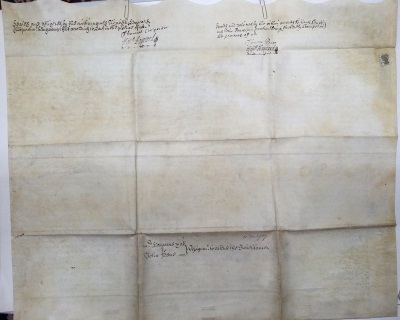 Together with all the houses outhouses etc etc

And Whereas the said sum of £80 still remains

Covenant by Elizabeth Hayward that premises not incumbered

Covenant by Richard Bubb that he has not incumbered