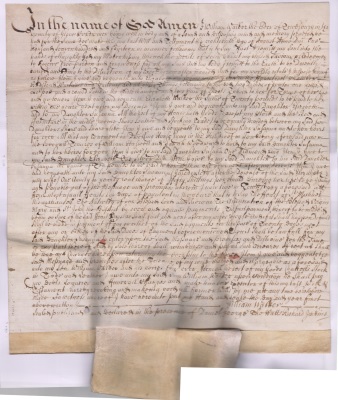 On Cover: My Father’s Will – William Walker

In the name of God Amen – I William Walker the elder of Tewkesbury in the County of Gloucester cordwainer being well in body and of a sound and disposing mind and memory, praised be to God for the same do make this my last Will and Testament 18th August 1714 in manner and form following, that is to say:-

And for my worldly estate I dispose thereof as follows:-

Item: I give and bequeath unto Elizabeth my loving wife – My bed in the Forestreet chamber, with the bedstead, curtains and valence and all other things belonging to the bed; 2 dishes of pewter; one kettle and one pot; a round table in the middle chamber and 2 pairs of sheets – to hold to her for the term of her life and no longer

Item: I give and bequeath to Elizabeth Walker the sum of £20 to be paid to her within 1 year next after my decease 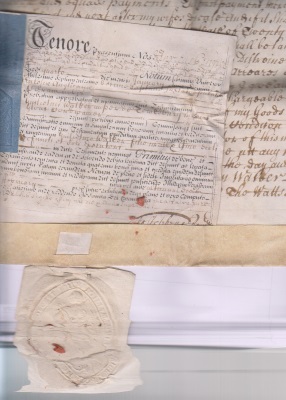 Addition
AdditionClick Image
to Expand
Item: I give and bequeath to my daughter Elizabeth and to my daughter Susanna – All the rest of my household goods except my Clock and the bed and furniture in the middle room, shoes, leather and stock in trade – to be equally divided between my said 2 daughters share and share alike

Item: I give to my said daughter Susanna – One diamond ring

Item: I give to my said daughter Elizabeth – One Silver Dish

Item: I give to my said daughter Susanna - £10 to be paid within one year nest of my decease

Item: I give and bequeath to my said daughter Susanna (immediately after the decease of the said Elizabeth my wife) – One annuity or yearly rent charge of 50 shillings per annum during her life, issuing and payable out of the Messuage and Premises wherein I now live in Tewkesbury aforesaid at the Four most usual feast or days of payment in the year – that is to say

Item: I give and bequeath the said Messuage and Premises after the decease of my said wife, charged and chargeable as aforesaid, unto my son William Walker and his heirs forever

Item: All the rest of my goods chattels, stock in trade and leather, I give unto my said son William Walker upon condition he shall pay my debts and legacies and funeral charges and I make him sole executor of this my last Will and Testament