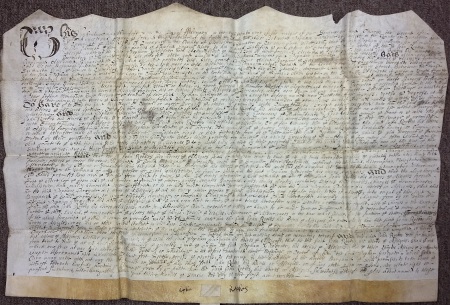 This Indenture made 5th February 1665 made between:

All that his one Messuage or Tenement or Half Burgage wherein John Granger lately dwelled with the Court, Garden and Appurtenances thereto belonging situated lying and being in Tewkesbury in a street called the High Street otherwise the Oldbury Street between
The house of the said Popham Gardyner in which John Cowper taylor now dwelleth on the North Side
The land of Nicholas Allen glover on the South Side
And extendeth itself in length from the street on the forepart unto the land of Sir William Russell baronet and now in possession of the Poor Almspeople on the hinder part 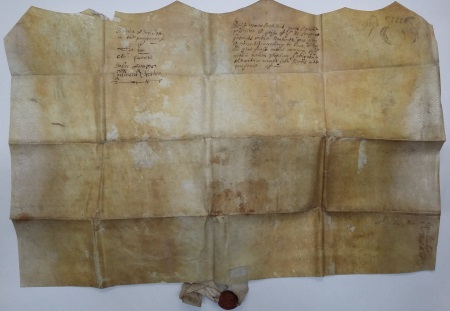 And all the houses, shops, sollars etc etc to the said Messuage or Tenement or Half Burgage belonging or appertaining thereunto – excepted and reserved forever to the estate of the said Popham Gardyner his heirs and assigns forever, his or their joint assigns and servants which now or at anytime hereafter shall be dwelling or inhabiting in the before mentioned house messuage or tenement of the said Popham Gardyner in which John Cowper before named now dwelleth – Free ingress, egress regress at all times to the Pump to take, bear and carry away water