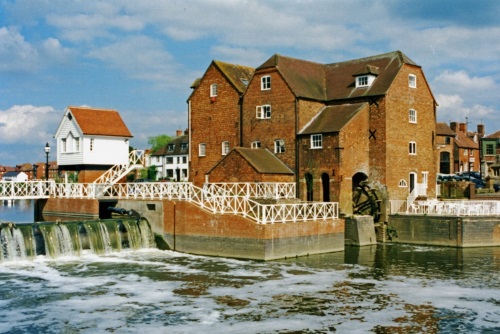 Abbey Mill, also known as Fletcher's Mill, for a former owner named Abel Fletcher, a Quaker who was the inspiration for the miller in Dinah Craik's popular novel, 'John Halifax - Gentleman', published in 1856.

There has been a mill here since 1190, when the monks of nearby Tewkesbury Abbey had a channel dug from the River Avon to power a mill to grind grain. The channel is known as Mill Avon, and extends from the Avon to the Severn at the southern edge of Tewkesbury. The 12th century mill was rebuilt in 1793 with 4 wheels. It remained in operation until 1920, but could not compete with the larger and more modern Healing's Flour Mill, further north along the channel. That mill in turn went out of business and now stands empty. 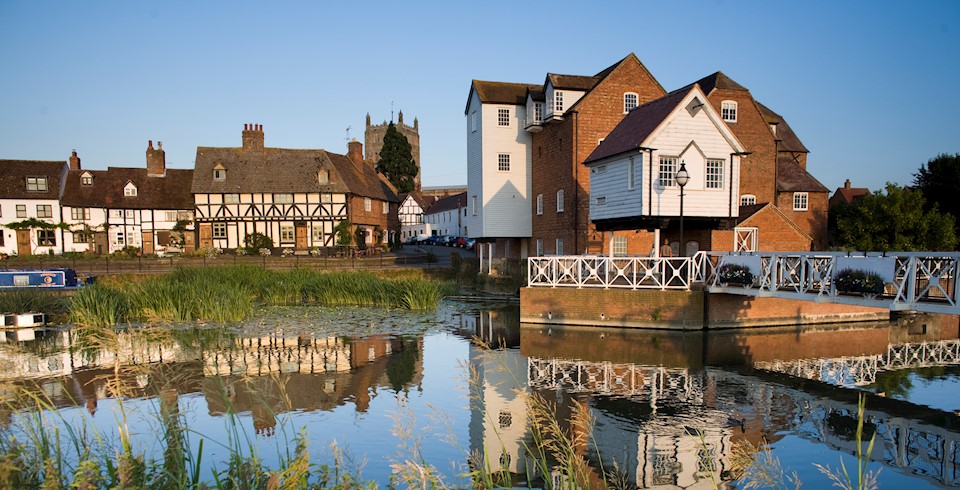 The Mill Pond, Mill and cottages on Mill Lane looking towards the Abbey
copyright

View of a Mill at Tewksbury Gloucestershire 1801 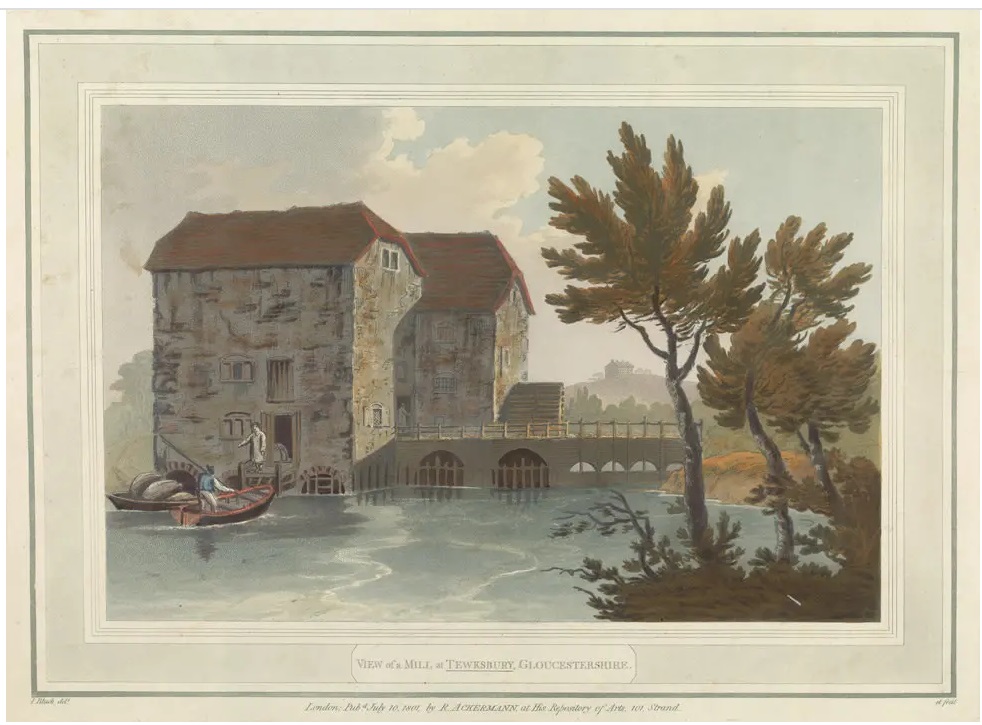