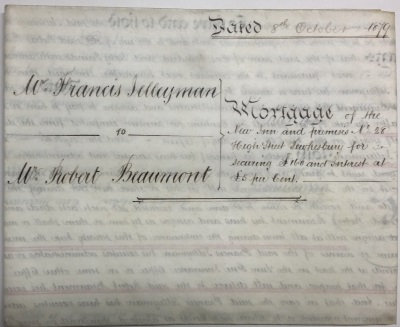 Cover: Mortgage of the NEW INN and Premises no. 28 High Street in Tewkesbury – Francis Jelleyman to Robert Beaumont – 8th October 1879

Document: This Indenture dated 8th October 1879 made between:- 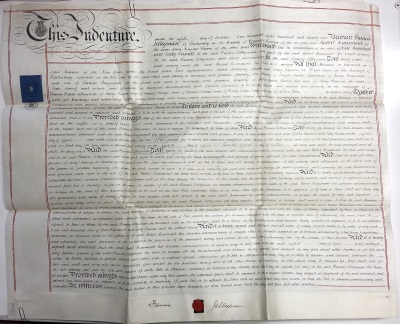 All that Messuage or Tenement or Inn known as The New Inn with the Court, Yard and Appurtenances thereto belonging situate and being No. 28 High Street in Tewkesbury on the West Side of the Street having

And which said Messuage to be granted (no 28) was formerly in occupation of Thomas Harris then George Smith then Samuel Hodges then Richard Collins; then Henry James Pedley and now of Ellen Tobin as tenant thereof