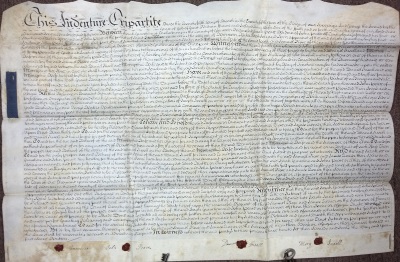 On Cover: Release Sarah Granchew and John Peace to Samuel Rose and James Turner IN TRUST for Daniel Insoll and wife – 25th March 1752

They, the said Sarah Granchew and John Peace by direction and appointment of said Daniel Insoll and Mary have – and each of them hath granted bargained sold and released unto said Samuel Rose and James Turner in their actual possession now being by virtue of a bargain and sale.