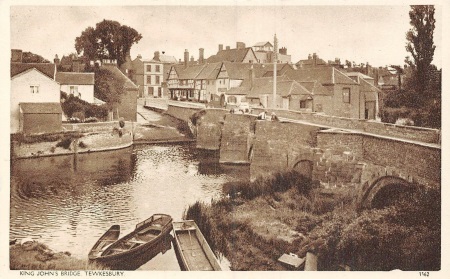 The rivers among which Tewkesbury lies were a considerable obstacle to land communications, and to some extent the town's situation near places at which it was possible to cross the rivers, especially the Avon, but also the Swilgate and the other streams, was responsible for its growth. The Avon was the largest river crossing on the ancient route running down the left bank of the Severn. Tradition relates that the bridge across the Avon was built by King John, and certainly in 1205 the bailiff of Tewkesbury was to have two oaks for making a bridge.[1] The first record of the tradition suggests that John built the bridge before his accession to the throne.[2] The name King John's Bridge did not become current until the 19th century; earlier it was called the Long Bridge[3] or, in the Middle Ages, the bridge towards Mythe,[4] and it may have been the Wide Bridge after which an inhabitant of the town in 1321 was named.[5] Once the Mill Avon had been made there was not one bridge but two, and the roadway between the two and beyond them was at various times carried on a land bridge instead of a solid causeway.[6] 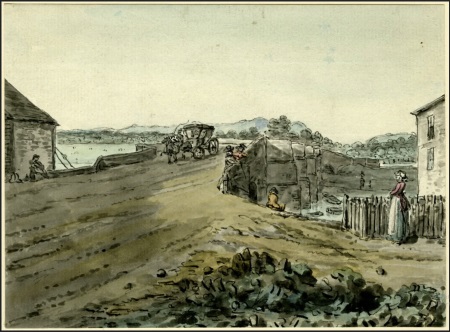 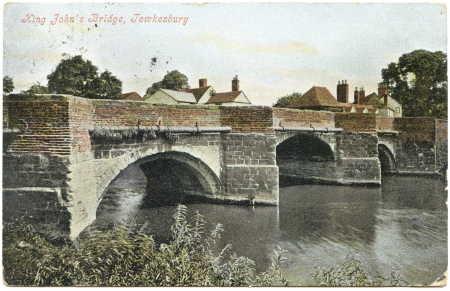 In the early 16th century the bridge was a series of stone arches spanning both arms of the Avon, with, apparently, an extension carried across the Avon Ham on a wooden structure.[14] The bridge was repaired in 1407,[15] 1588,[16] 1639, and 1650; the repairs of 1639 appear to have been substantial,[17] and may have included filling in the arches between the two arms of the Avon, for in 1675 there were two distinct stone bridges, one of three and the other of two stone arches.[18] The bridge was again repaired in 1710,[19] and in 1747, after strong river currents had damaged it, the arches over the Old Avon were renewed and three wooden spans 'next the Avon' (apparently the land bridge) were replaced by four brick arches.[20] In 1756 the bridge,[31] and in 1810 the causeway beyond the Old Avon, were widened and raised, and in 1824 the whole roadway was raised.[22] In 1836 the bridge over the Old Avon was widened by adding a footpath on cantilevered iron brackets.[23] The resulting bridge, as it existed in the early 20th century, was a miscellaneous collection of stone and brick arches on stone piers, with brick parapets, an iron sidewalk, and a roadway as narrow as 16 ft. in places. There were four arches over the Mill Avon, six over the Old Avon, and seven between the two.[24] The whole was rebuilt in stone and concrete (doubling the width on the south side), retaining some of the old features, and opened in 1962 as two distinct bridges, King John's Bridge over the Mill Avon and Beaufort Bridge over the Old Avon.[25] 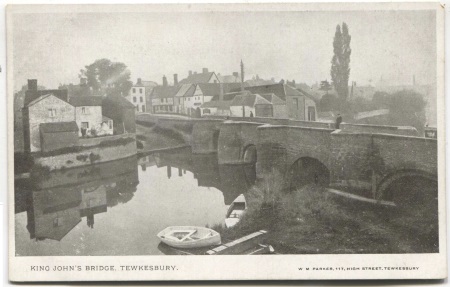 By W Parker, local photographer
By W Parker, local photographerClick Image
to Expand
A separate description of the history of this bridge by Brian Linnell (1973) adds some details:
"Originally stone spans across the two Avons and a wooden pier-like structure from there to the hill. Maintained by the town until 1621, by the county in 1638 and thereafter by the town and the Trunpike Trustees until c.1930. The wood piers were removed by stages until completion of the causeway in 1824. Between 1958 and 1962 the entire length was rebuilt and widened by up to 20 feet."[26] 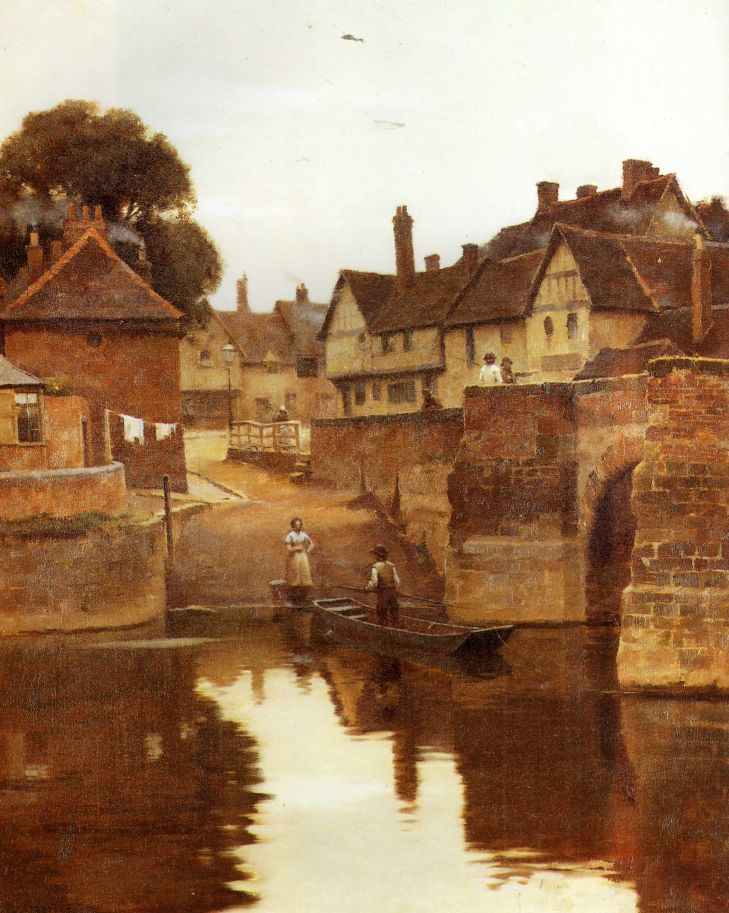 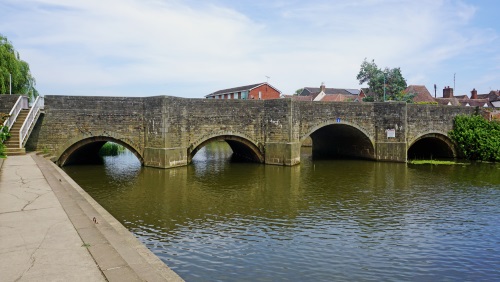