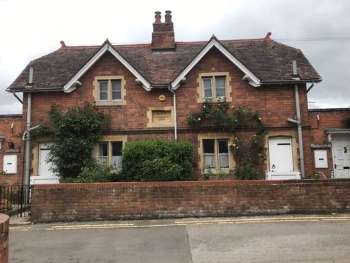 Collins' Cottages
Collins' CottagesClick Image
to Expand
When the Methodists bought the old market house at the Cross to build their new church the plot extended from Church Street to the banks of the Swilgate. In 1889, Honor Collins, wife of Thomas Collins, the restorer of churches and the ancient houses of Tewkesbury, died. In her memory, he purchased the small plot by the river from the Wesleyan Chapel Trustees and built two cottages as almshouses for poor members of the Chapel. He endowed them with land he owned at Forthampton and Eldersfield.

Regrettably the Almshouses were sold in 1960s, when they had fallen into disrepair, but they have been well renovated and still display a tablet bearing the initials H.C. and the date of Honor Collins death. 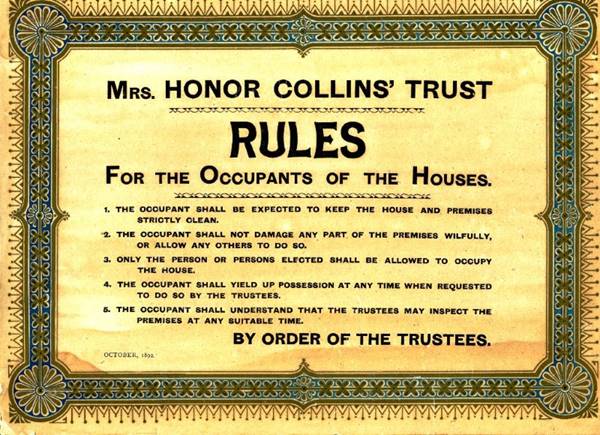 In the museum collection is a simple printed notice headed ‘Mrs Honor Collins Trust’. It gives the rules for residents. The houses concerned are on the bank of the Swilgate in Swilgate Road, among the most frequently flooded in Tewkesbury.

The Honor Collins Trust still exists and its income is used to assist members of the Methodist chapels in the former Tewkesbury circuit.

Quite why someone who must have known all about the Tewkesbury flood plain would build two cottages on the bank of a river which regularly floods is a mystery!