With particular reference to young offenders in the town, 1816-23 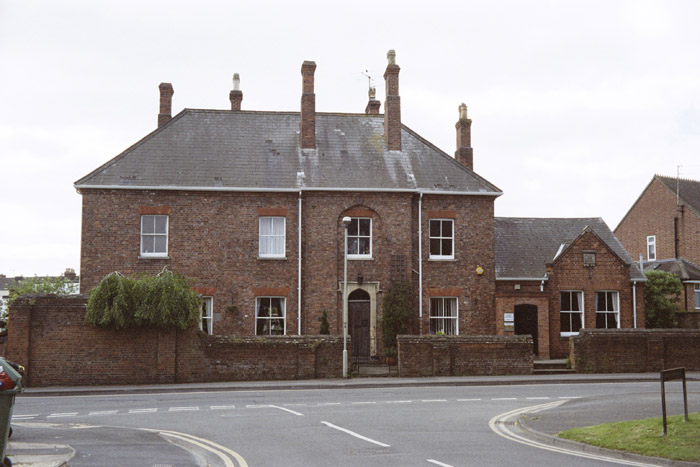 The Calendar of Prisoners in Tewkesbury Gaol opens with a title page in spidery handwriting headed, ‘Thomas Ricketts, Gaoler’. It goes on to list the Bailiffs of the town. The year as 1816, and the ‘new gaol’ had been set up at the end of the Bredon Road, near its junction with Oldbury Road [google maps]. For thirty-eight years it was to function as a centre for holding prisoners until they appeared before Tewkesbury magistrates, or their trials came up at Gloucester Assizes. The expenses of the gaol included ‘itch powder’, prison dresses and wooden shoes, milk for babies and a few pence to the prisoners for the work they did. There was a treadmill in the gaol from 1828.

The gaol’s initial year, 1816, was one of problems and disillusionment following the ending of the Napoleonic War. The value of farmers’ stock fell by 50% in the years 1816 to 1822. Many people were ruined, for example, Beau Brummell, the great dandy of Regency times. The summer of 1816 was the worst in living memory. James Bennett records a charity ball held in this area to help ‘the industrious poor’. Crime grew in difficult times. There was no organised police force in Tewkesbury until 1835. Prisoners were noted as having been conducted to the gaol by the Bailiffs, Messrs. Charles Edward Chandler, Anthony Lechmere, Henry Hawke, Holland and Jones, or by the ‘watch‘ or the ‘constable’.

Tewkesbury would not have seen the vice prevalent in London and the larger cities, but a woman named Mary Nicholls was sentenced in the summer of 1816 for ‘keeping a disorderly house’ in Tewkesbury. She was sentenced to six months in prison, as was young Susannah Matthews, aged 19, in 1820. It was noted that, when she was discharged in 1821, one of the Bailiffs, Mr. Holland, gave her a pair of shoes. The winter of 1819-20 had been ‘most inclement’ (a woman in another area starved to death). There was a charity collection for the poor in Tewkesbury. Mr. Holland’s gift was personal, but no doubt motivated by experience of the privations of the poor earlier in the year.

One category of young prisoners was connected with relationships, broken contracts and the offence of making dependants chargeable to the parish.

In 1817, Sarah Webb, aged 10, of Kinnesley, Herefordshire, (4 feet, 5 inches tall), was given one month in the House of Correction for returning from her parish without a certificate. John Russell, aged 15, left the employment of John Kinsaid, a stocking maker. He had formerly been a workhouse child. He was locked up for fourteen days for this offence.

In 1818 a labourer, aged 26, George Hodges, was put into the House of Correction for seven days for allowing his family to be left chargeable to the parish. (Since the parish presumably had to feed him while he was locked up, and pay for his transport and warders, this seems somewhat counterproductive ! )

In October 1820, Richard Dale, 18, of Tewkesbury, was charged with the crime of ‘barstardy’ by Patricia Morgan. He was discharged in the December, ‘being married’. (One presumes that the happy event was with Patricia Morgan!)

Also in October 1820, Charlotte Rudge, having had a bastard child, was sentenced to the House of Correction for six months, though she was discharged in January 1821.

At times prosecutions were unsuccessful, especially while there was no proper police force, before 1835. ‘Lack of evidence’ secured the release of a sixteen year-old chimney sweep, James Hardman, charged with breaking into a house. In 1818 an alleged highway robber, Joseph Tomkins, walked free from court.

Young people acted in a disorderly fashion, which enraged their elders sufficiently to prosecute them. One can imagine the indignation of the respectable congregation on January 11th, 1820, when three youths, William Bell (15), Charles Kinson (16) and John Heming (17), entered divine service and threw snowballs at them! Their fine was twenty pounds, a large amount. They were in custody until February 12th., when the fine was paid.

A dim view was also taken of Edward Overton, aged 14, who was found ‘gaming’ on a Sunday in April that year, and of Susannah Breadwell (18) who, drunk and disorderly, broke her sister's windows on a Sunday in 1822. One assumes that the John Breadwell (17) who was alleged to have been part of  a ‘riotous assembly’ at the market place, was her brother. Edward Overton was sentenced for further crimes in 1822, and was transported to Van Diemen's Land.

In 1821, John Heming, then aged seventeen, was alleged to have ‘committed depredations’ in a garden belonging to Joseph Patten. Vandalism is not merely a product of the late twentieth century, nor is the persistent young offender. John Heming at nineteen was sentenced to two months in the House of Correction for throwing fireworks in the street, but the following year (1822) he ‘was being disorderly at the Playhouse’. A month later he appeared with a group of fifteen and sixteen year-old lads letting off fireworks on November 1st, and served another month ‘inside’. Some people never learn, it seems!

A more serious young criminal was John Painter, who troubled the peace of the community in 1818, when at sixteen he broke open the stocks and ‘set at large’  William Smith, who had been confined in them. Later that year he confessed to fifteen robberies committed between July 17th and November 20th. He was in Tewkesbury Gaol until the Lent Assizes were held in Gloucester in the spring of 1819.

As expected, the gaol housed thieves and those who had assaulted others, although it was a feature of the times to be harsher towards those who stole money or property than towards those who merely assaulted their fellows, short of actual murder. In July 1819, six 'watermen' assaulted boat owner Brown, his son and his wife. The previous year James Scarlet (17), who had ‘pulled up and destroyed’ some potatoes, was sent to the House of Correction for one month. Mary Williams (16), a stocking-maker, who stole twenty shillings, was sentenced to be transported for life. However, she behaved very well while in the Millbank Prison in London awaiting a ship, and was 'reprieved - for ten years'. An unusual crime of violence was mentioned in 1823, when a man was accused of killing another in 'a pitched battle' (a duel) and his son of acting as his second. They were tried at Worcester.

There were occasional escapes from custody. In 1821 two determined housebreakers, Thomas Macklow (20) and Isaac Bennett, proved that they could also break out of premises. They were taken at Abergavenny, where they had broken into a shop on June 7th. On the 9th they were committed to prison at Usk, but escaped on the 10th. Macklow was retaken on the 1lth, brought to Tewkesbury Gaol on the 18th and sent to Gloucester on June 21st, where the prison proved secure. The story is taken up by the records of the Assizes; Macklow, a brush-maker, was sentenced in August 1821 to transportation for life to Van Diemen's Land. When Macklow was sixteen he had been convicted of breaking into the Lancastrian School in Tewkesbury, but a charge of stealing from the money box could not be proved. Bennett was recaptured later, on June 21st in Coventry, and was also brought to Tewkesbury and thence to Gloucester.

The House of Correction

Young offenders or older people who had committed only trivial, usually non-violent, offences, or who had broken contracts, could be detained in the House of Correction instead of the gaols. (For example, in 1831, James Hammerton, in Tewkesbury, for stealing bread, herrings and onions from the shop of Mr Charles Archer, was given fourteen days imprisonment with hard labour in the House of Correction.) Gloucestershire had several of these establishments, thanks to the pioneering work of Sir George Onesiphorus Paul, who is also noted for his reforms at Gloucester Prison. The House of Correction at Northleach is open to the public as a museum of country life. Littledean had another, as did Horsley. Surviving records give an insight into the type of prisoner and the running of these establishments.

Very young boys were sometimes given corporal punishment and were not locked up once they had appeared in court. In 1821 William Smith (13) and his twelve year-old brother were 'privately whipped for stealing turnips' and were then discharged.

It seems that Tewkesbury had its share of lads who 'created mayhem' around the town and got into fights; there were those who tried to make a career of thieving, but, if caught, ended up in Van Diemen's Land. Lack of an organised police force, however, made it more likely that, in the years 1816-23 under study, some were lucky enough not to be brought to justice. There were over 5,000 inhabitants in the town, many living in overcrowded and insanitary conditions. The most prosperous era of the town was passing by 1820, and by the time the police force was established in 1835, they were to have some serious social problems on their hands, which bred crime as well as disease.

If one looks a few years later, at the events of 1831 recorded by James Bennett, it seems that well-known local criminals were viewed as being justly treated when removed from the country, so that they could no longer be a nuisance to the community. In January 1831, at Worcester County Sessions, Samuel Lewis was sentenced to seven years transportation for 'cutting off and stealing the manes and tails of a colt and gelding, the property of Mr. Aaron Pike of Mitton.' A subscription was entered into in Tewkesbury market, and raised over £5.00 to reward James Jeynes of Westmancote, 'for his prompt and meritorious conduct in apprehending the above notorious offender'.

In March of the same year. at the General Quarter Sessions of the borough, James Ward, aged 17, was sentenced to seven years transportation for stealing a pistol. 'The same juvenile though hardened offender, for stealing a quanity of picklock keys and a lock saw, was ordered to be transported for a further seven years from the expiration of his former sentence'. Tewkesbbury did not want to see that young man again in a hurry!