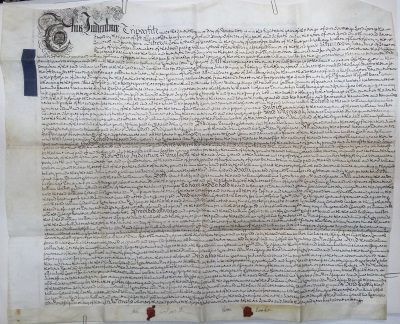 On Cover: Assignment of Mortgage – Goddard to Godsall – 7th November 1744

This Indenture dated 7th November 1744 made between:

Whereas by Indenture of Lease or Mortgage dated 28th January 1741 between:-

All that Messuage situate in High Street having
Messuage late in occupation of Nicholas Allen glover and now of John Kingsbury on north
Messuage in possession of James Kingsbury on south –
extending from street to land of poor alms people together with all easements etc and free ingress and egress to and from the pump or well in the backside belonging to the Messuage on the side of said Messuage – to draw and carry away water during term thereby granted.